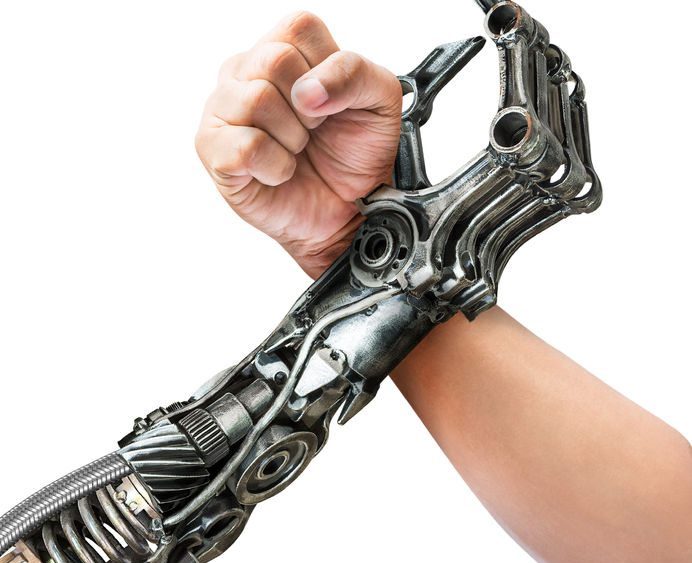 A study by Oxford University and Deloitte has revealed that around 77% of all public sector jobs could be lost to automation within one generation.

There is initial shock at the sheer number of “job losses”.   It is tempting to give way to Luddite infused anger, but then common sense steps in.

The Guardian describes these jobs as “predictable and repetitive” – which is the kind of job people quickly walk away from anyway.   Add to that, the view that over the last 140 years automation has created more jobs than those lost and the picture is altogether less gloomy.

Interactive roles – such as teaching and policing – are less likely to be lost than administrative roles.  Strategic thinking and soft skills are more difficult to automate and allows the human beings in your business to add real value to your product or service.

And as someone pointed out to me, there used to be Leeries who lit the lamps on our streets and men who delivered milk to your door each morning.  You can’t halt progress.

The government plans to spend £1.9 billion on Cyber Security.  Part of the strategy will be creating a larger and specialist police unit to tackle organised cyber crime.  Cash will also go towards the education and training of specialist Cyber Security experts.

Said Hammond of the strategy, “If we want Britain to be the best place in the world to be a tech business then it is also crucial that Britain is a safe place to do the digital business,” the chancellor added.

“Trust in the internet and the infrastructure on which it relies is fundamental to our economic future.”

According to the Chancellor, threats are perceived to come from places such as Russia;  although it’s just as likely to come from a teen writing a script from his bedroom .

3.  Ford Turn to BlackBerry for Software for Driverless Cars

Ford is one of many automotive manufacturers who relentlessly marching forward in their pursuit of driverless vehicles.  In ramping up its driverless vehicle efforts, it has concluded a deal with software manufacturer, BlackBerry, as part of its plans to offer a fully automated vehicle for commercial ride-sharing in 2021.

BlackBerry subsidiary company, QNX Software, is already certified for use in autonomous driving and active safety systems, and BlackBerry owners hope the deal will expand the use of the software throughout the automotive industry.

Soon there will be no reason at all to release your grip on your mobile device – not even to get into a car.

4. Is the NetSuite/Oracle Deal About to Blow?

Remember, remember the 5 November.  It might be the day that we see the Oracle NetSuite acquisition go up in smoke.

The deadline for concluding a deal is currently today (4 November) and latest news suggests that Oracle are under pressure to increase their offer or lose the deal.

Barrons puts the deal at 63% probability of going through; which is a very shoogly odds on.

Whilst the general perception is that the buy would be good for Oracle – to boost its cloud offering – if relations were to sour there would likely be no real fundamental impact on either party.  And given Oracle founder and owner Larry Ellison’s already substantial share in NetSuite it’s unlikely the SaaS specialist will be sold to a competitive party.

As I write this there’s about 12 hours left to sign the paperwork, or light the touch paper.

Written by Emma Stewart – Sales and Marketing Director at Cofficient

Cofficient provision smart, cloud based business software to smart businesses.  To talk to someone about how to make your business more efficient get in touch