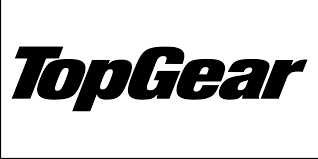 Would You Still Be In Top Gear if you Lost Your Clarkson?

Would Your Business Still be in Top Gear if You Lost Your Jeremy Clarkson?

It makes for interesting news the whole Top Gear “fracas”. Everyone has an opinion. “Bring back Clarkson!” “Don’t tolerate the man, let him go!” Isn’t it much easier to have an opinion on the incident and on the person when you get to be a bystander? Yes, the great British BBC viewing public, ambulance chasing, gloating and goading….

It’s definitely simpler to have an opinion when you don’t have to actually work with the man.

Here’s the thing though. I think most workplaces have a Jeremy Clarkson. You know the type I am talking about. The high performers who behave so badly that their line managers constantly question whether their benefits outweigh the drawbacks. They are quite well known to be peppered liberally around sales departments. Peter Ostraw (Vice Chairman of Aberdeen Group) refers to these people as The High Performing Sales Jerks. In his blog he doesn’t advocate keeping people who are immune to professional standards of conduct and here’s why:

So, if you’re determined to keep them at any cost, manage them around their weaknesses – they will have some – by making sure you have all the right information.

Alternatively, you can choose to show them the door. According to Jack Welch (CEO of General Electric), you’ve got to identify the jerks and send them packing. If this is the route you chose to go down then at the very least make sure you have some good, cloud based CRM in place, which they can’t delete on their way out the door!

To talk to some people who can provision really good software which helps you understand things, like cost of sale and incentive compensation please get in touch