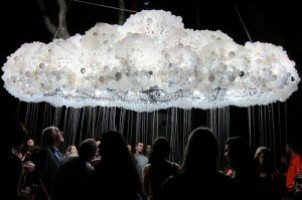 The Future Of Cloud: Everything As A Service

The Future of Cloud

Contrary to hype around cloud being the future of the enterprise, cloud computing is here and happening right now. The question businesses must focus on is not when but how to most effectively integrate cloud into their business operations. Today, 94 percent of businesses have plans to move, or have already moved, to cloud, and by 2017, it is estimated that two-thirds of all business operations will be processed on cloud. In these quickly changing times, enterprises have two options: Figure out how to effectively adopt use of the cloud, or watch while your competition moves ahead of you. When it comes to cloud adoption, guesswork will no longer suffice. Here is some interesting data about cloud:

Businesses are moving a significant portion of their business processes to cloud. A survey has found that 65-70 percent of respondents across all business sectors (except manufacturing), are planning to switch their processes to cloud over the next 12-24 months. The trend is witnessing staggering growth despite growing concerns over the expense of transitioning to the cloud. Hardware-based processes have always been expensive to maintain, while cloud maintenance is easier on our pockets. That said, the initial one-time investment in transitioning still has an impact on budgets that requires a commitment. It’s interesting to see businesses taking the cloud leap, and those who do are clearly recognizing the paying comes with the long-term benefits and cost savings associated with migrating to the cloud.

New applications are being developed on cloud. Use of app-based services is at an all-time high among enterprise users. If you’re going to deploy to the cloud, developing in the cloud just makes sense. Deploying to the cloud allows for continuous development/operations, and impacts things like team collaboration, accounting, inventory tracking, client servicing, and more. There’s an app (or you can develop an application internally) for almost anything offered via the cloud. Dev/Ops are absolutely the next level in cloud-based applications and that’s something IT teams are excited about. That’s why it’s more critical than ever for internal teams and IT teams to be connected and collaborating, as this kind of development can’t effectively happen in silos.

Businesses are relying on cloud for functions outside their core competencies. As the service area of cloud is expanding and including more and more capabilities, companies are increasingly seeking cloud services to outsource those processes outside of their core competency. For example, businesses have started outsourcing HR, recruiting, and talent acquisition activities to cloud services. IBM and HCL are two of the major names that offer cloud-based human resource outsourcing (HRO) services, and there are others in the space as well. As such, EaaS can be viewed as an extension of the SaaS model, but with more enhanced capabilities.

The emergence of EaaS as the next-gen model for cloud users is becoming increasingly significant due to the growing enterprise use of technology that’s no longer confined within the closed chambers of the IT department. BYOD and mobility are driving the tech transformations within organizations. Equally significant is the fact that employees aren’t waiting for cloud to happen. They recognize the role cloud plays in both collaboration and increased productivity, and they also are well aware of the value of cloud technology that allows them to be untethered and work from anywhere. They won’t sit around and wait for enterprise-wide adoption of cloud, they’ll use it anyway. That’s yet another reason it’s so important for businesses to get moving on the adoption and integration of cloud into their business operations – and to do more doing and embracing the opportunity to learn rapidly – and less thinking about doing. By Shelly Kramer