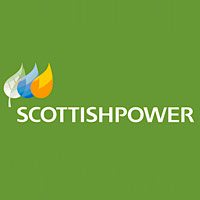 Just 6 months after being fined £750k by Ofgem for price differentiation, Scottish Power are in the firing line again….this time for poor customer service.  Three areas which Ofgem found the company lacking include – customer service waiting times for existing customers, billing back logs and failure to resolve ombudsman complaints.

Similar to the Ulster Bank (who I wrote about last week), Scottish Power are blaming the implementation of a new IT System. The transition between systems has been “challenging” for them and even the hiring of 250 additional staff hasn’t eased the process.

Here’s what I think. It’s very easy to blame the implementation of new systems. We all know that it can be hard to integrate new solutions into an existing framework. The bigger the company, the harder it can be. The irony is that the new system was put in place to help deal with some of the other catalogue of blunders which Ofgem have called Scottish Power out on.

Software implementation failures happen, and often. Cofficient have had our fair share of calls to salvage implementation failures. But the issue isn’t often the software. What about the people whose role it is to integrate the solution into the business? It can be a huge project which needs to be managed well by the business and the key stake holders within that business. The scoping of the project needs to be accurate and always have the end goal in mind. If the aim is to improve the customer experience or create a better service level, it’s essential that this end goal is kept in mind at all times through the scoping, customisation and implementation. Sometimes, what falls out of this process is that YOU NEED TO CHANGE YOUR APPROACH. The new system can facilitate that but any subsequent failures, when all else has been said and done, falls to the people who operate within the business.

I commend Scottish Power for implementing a system with the intention to facilitate the required change. But ultimately, if they continue to get it wrong, I say customers should vote with their feet.

To talk to people who know a thing or two about properly implementing new software please give us a call.