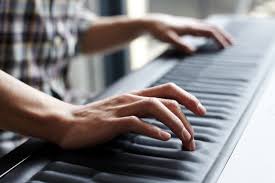 SuiteConnect EMEA – Oracle Not on the Agenda

This time last week, NetSuite UK customers and partners were congregating in the lobby of the impressive Westminster Plaza Hotel for the annual SuiteConnect event.

As one of NetSuite’s longest standing partners in the UK, Cofficient can recall the days when the annual get together was nothing more than a handful of software engineers and NetSuite execs getting together in a wee bar to chew the fat over software updates and business growth.  It’s fair to say that over the last 10 years the NetSuite train has been rolling forward garnering pace quite nicely.  This year’s SuiteConnect was certainly a glitzy affair.

Oracle Take Over Flying Under the Radar

Cloud software has changed everything.  Zach Nelson gingerly announced, at his keynote speech on the day, that cloud would be “the last computing platform” and “the last disruption”.  After all, what else is there beyond the ether?   The fact that Oracle are in the process of buying NetSuite for $9.3b indicates that the software giant understands the importance of cloud.   It’s been well established that in order to make a foray into cloud you need to base your model on cloud from the very beginning.  Those software companies who have attempted to move from on premise to cloud have stuttered a bit.  Of course, Oracle’s founder Larry Ellison has hedged his bet with investments in NetSuite ever since he co-founded the company back in 1998.  Now that cloud has reached the tipping point it makes sense to bring it back into the Oracle family – rather than build from scratch.

But Oracle updates were distinctly lacking at SuiteConnect.  Announcing early on that the deal is under negotiation and therefore under complete secrecy.  This gave NetSuite CEO, Zach Nelson, freedom to move quickly past the acquisition and focus in on the customers.

The stand out customer for me, on the day, had to be ROLI’s Roland Lamb – inventor of the Seaboard.  A revelation in musical instrumentation, his hybrid keyboard has been developed with a mixture of software and hardware.  Using a kind of 3D touch technology, the silicone based product allows players to “bend” notes in much the same way as you can with a guitar.  The touch sensitive seaboard also allows players to muck around with cadence, timbre and pitch – something which a flat key would never have allowed.

During a fascinating demonstration the audience were treated to brass, woodwind and string instrumentals which sounded, for all intents and purposes, like a big band was in the room with us.

It’s very telling (though not entirely surprising) to see a bold entrepreneur like Roland Lamb chose a software like NetSuite to run his business.

In the video below, the same young musician who conjured up the jazz band at the Keynote Speech, uses the Seaboard to recreate the Game of Thrones theme.  It’s pretty fascinating stuff

To find out more about NetSuite UK and how it can make your business sing please, get in touch

Written by Emma Stewart – Sales and Marketing Director at Cofficient

Cofficient Ltd have been implementing NetSuite in the UK for over 14 years.  We provision bold cloud based software to bold businesses.