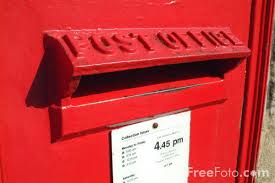 Is Bad Software to Blame for Post Office ‘Failings’

Is Bad Software to Blame for Post Office ‘Failings’?

A report has been published which points to the Post Office ‘failings’ when it comes to identifying the causes of large cash shortfalls occurring at local sub post offices (reported by the BBC today).

There’s always a human story attached to these reports and it this instance it is that sub postmasters and mistresses have been subjected to civil and criminal proceedings for what may have been a failing in the Post Office software system; Horizon.  This is because contracts state that any financial shortfall must be shored up by the operating postmaster or mistress – some faced with subsequent cash shortfalls of tens of thousands to find.

MPs raised concerns about Horizon back in 2012 when a handful of sub-post office masters were threatened with legal action or prosecution as a result of large shortfalls.  Prior to that, in 2009, around 150 sub-postmasters and sub-postmistresses registered an interest in suing the Post Office over their Horizon software system via that Justice for Sub-Postmasters Alliance (JFSA).

The Post Office have stressed that no failings in Horizon have been found saying, “Over the past three years there have been exhaustive investigations which have not found any evidence of systemic problems with the Horizon system.” However, a counter claim has been made by JFSA that problems with the computer system were reported from its inception more than ten years ago.

Forensic accountants, Second Sight, have agreed that there could have been other reasons for the shortfalls including malicious software or human error, as well as the IT systems.  They also said that they couldn’t properly investigate the errors because the Post Office had failed to hand over the relevant documents required.

Not to offer any speculation on the Post Office software or IT systems in particular, there can be several reasons for “bad” software.

In many circumstances, it is possible that software is perfectly good, but not right for the business needs.  It’s also important to scrutinise the use of the software and the ability of those who use it.

There is always an expectation gap when it comes to software.  And expectations are tricky things because everyone’s are different.  No matter what the software, someone somewhere will dislike it because it fails to meet their expectations.

At Cofficient we often cite the Pareto’s 80/20 rule in relation to expectations.  If the software meets 80% of your expectations then that’s a good result.  However, when the 20% which doesn’t meet your expectations results in fines of £36,000 for staff or a prosecution resulting in prison sentencing then that is clearly a different matter altogether.

Former MP James Arbuthnot has been campaigning for those affected saying, “These have been people who have been pillars of the community and who have had their reputations dragged through the mud, who have been sent to prison, some of them.  I understand at least one has committed suicide.  They’ve been made bankrupt, they’ve had their contracts with Post Office terminated”.  He continues to campaign for an independent investigation.